Description:  Hospital employee giving campaigns are complex collaborative philanthropy efforts involving employee volunteers and fund development staffs. Their goal is to encourage hospital employees to make charitable contributions in support of programs and services provided by their hospitals. Successful employee campaigns not just help hospitals meet their philanthropic goals. Employee giving improves overall employee engagement. It sends important messages to the greater community, and encourages grateful patients to support the hospital whose employees have such pride and honor in serving their patients.

What makes successful hospital employee campaigns work? Why some campaigns succeed beyond expectations and others fail? Meet development professionals and clinical leaders who planned and executed some of the most successful employee giving campaigns in Southern California community hospitals. Hear about the challenges they faced and the lessons they learned. Learn important insights that will help you make your employee campaign a success!

Jennifer Fitzpatrick, RN, MSN, CCRN has been a Registered Nurse at Henry Mayo Newhall Hospital for almost 9 years. She worked at the bedside in the Intensive Care Unit (ICU), and as a Clinical Coordinator in the Definitive Observation Unit (DOU). She currently is the Manager of Critical Care Services. She is passionate about leadership and loves working at Henry Mayo and supporting our community. Jennifer received her associate’s degree in nursing from College of the Canyons and her Bachelors and Master’s degree in Nursing Leadership and Management from Western Governor’s University. She is certified as a Critical Care Registered Nurse through the Association of Critical Care.

Dustin Ashenfelter, BSN, RN is the Director of the Emergency Department and Trauma Services at Henry Mayo Newhall Hospital. Prior to his appointment as director, Dustin served as manager for the ED for three years. He was involved in the success of numerous performance improvement efforts, including ED throughput, patient experience, employee engagement and interdisciplinary collaboration. Dustin has worked in the emergency nursing practice for nearly 20 years, with a steady progression from a staff nurse to management. Dustin earned his BSN from Chamberlain College of Nursing and is currently completing studies towards his Masters of Science in Nursing Leadership and Management from Western Governors University.

Renee Leon has worked as the Development Associate at Henry Mayo Newhall Hospital Foundation since 2011, assisting the Foundation President and Director of Development in office operations, major gifts fundraising, grant identification, donor relations and board of director’s affairs. She provided administrative support to the Foundation Board and its committees and assisting with overseeing the stewardship functions of the Foundation including the Healthcare Heroes Program. Since 2015, she has been responsible for managing all administrative aspects of the $25-million “Building For Your Health” capital campaign, including the campaign timeline, naming opportunities, inventory reports, donor capacity analysis, pipeline development, communications and materials. As the employee giving campaign coordinator, Renee helped recruit and activate an employee committee and in March of 2016 launch a successful employee campaign, which, in just 6 months, generated over $750,000. Renee earned her Bachelor’s Degree in Communications from University of California, Davis and has more than 10 years’ experience working in the medical and health industry.

Gayle Craig has worked at Glendale Adventist Medical Center for over 25 years – first in Health Education, Human Resources and Administration, and for the past 14 years for the Healthcare Foundation. Initially, as Special Events Coordinator, she organized the Galas and Golf Classics, and oversaw Employee Campaign, Oak Society and Guild activities. In her current role as the Annual Gifts Officer she maintains her involvement with the annual giving societies, as well as fundraising for the signature events. In 2011 she launched a 4 year Employee Giving Campaign – Stepping Up to the Plate – to build a cultural of philanthropy within the employee family. The employee campaign has since evolved into a perpetual giving club – Catch the Wave. Gayle has been active with Soroptimist International of Glendale for the past 12 years serving in leadership roles each year, and as President in 2012/2013. She was honored by Business Life Magazine as a Woman Achiever in 2012. Gayle received her undergrad degree in Office Administration from Walla Walla University and continued with further fundraising coursework at California State University Northridge.

Pegi Matsuda was appointed Senior Vice President – Community Development in June 2012 and appointed President of the Foundation in July 2015. Previously, Ms. Matsuda served as Publisher and President of the San Fernando Valley Business Journal. She also has more than 20 years of experience working with GTE Telephone Operations and Sempra Energy in Southern California. In her current role, Ms. Matsuda is responsible for fundraising and leading the hospital & efforts to address community health needs, and for creating community programs. She also leads the hospital&#39;s community employee volunteer program. Ms. Matsuda has received numerous awards, including recognition from the San Fernando Valley Bar Association, VICA, Haven Hills, MEND and the Girl Scouts. She was also honored as &quot;Woman of the Year&quot; by the state of California&#39;s 42nd Assembly District and with a Lifetime Achievement Award from the San Fernando Valley Business Journal. Ms. Matsuda received a Bachelor of Science degree in human relations and organizational behavior from the University of San Francisco and a Master of Arts degree in organizational leadership from Woodbury University. 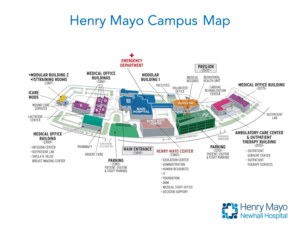