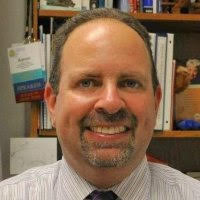 Aaron Levinson currently serves as Planned Giving Officer for the Los Angeles Jewish Home. In this role, Levinson is responsible for all aspects related to donor gift planning and solicitation of legacy gifts. Previously Levinson served five years as ExecutiveDirector of The Executives, a fund-raising support group of the Jewish Home.

Levinson is the immediate past president of the Partnership for Philanthropic Planning of Greater Los Angeles (PPP-LA)—formerly the Planned Giving Round Table of Los Angeles—an association of 250 members focused on planned giving. Prior to joining the Jewish Home, Levinson served as Executive Director of Shomrei Torah Synagogue, a conservative Jewish synagogue of more than 550 family members in West Hills.

Levinson also spent seven years at the Anti-Defamation League in a variety of positions, including as Interim Regional Director during a difficult transitional period for the organization. In this role, Levinson was responsible for a staff of nearly 35 and a budget of $6 million, and was frequently called upon to speak out about hate crimes, incidents of intolerance and human relations issues. He served five years as Director of ADL’s Valley Office as well.

Levinson has been interviewed by a variety of media sources, including the Los Angeles Times, the Los Angeles Daily News, the Associated Press, “ABC’s World News Tonight,” and “60 Minutes.” Levinson resides in the San Fernando Valley with his wife, two sons and two dachshunds.